I’d like to be a professional writer and public speaker who helps make the world a better place. BUT. I’m SCARED.

I’m scared that I don’t have what it takes. So I often find myself giving up. I hold myself back. Out of fear.

Do you ever find you’re not trying because you don’t want to fail? Turning your back on your dreams because you probably couldn’t bring them to life?

I often find myself wondering in amazement about grand things that other people have done: How the hell did they get somebody all the way up to the moon??? How does one person handle as much responsibility and stress as a country’s leader or a giant company’s CEO? How did my friend ever get so successful at sales? And what the hell even is the internet and how can it possibly work?!?

Sometimes other people seem superhuman. Sometimes the advancements and accomplishments that make up the world I live in seem like magic.

Who are these god-like people who shake the world? The inventors, the leaders, the athletes, and the entrepreneurs? What other-worldly stuff are they made of?

Like you and me. Made of the same stuff. They were born with the same senses and tools and brains as I was.

Sometimes I have to slap myself awake as I watch successful business-people who make hundreds of thousands a year. I so often find myself feeling small and weak and full of doubt. If only–if only I had what they had.

The other day I was having a heart to heart with someone way higher up than me on the ladder. She was describing to me how she sometimes struggles with communicating freely because she’s been burned so many times. Then it hit me–here’s this person in a position I tell myself I couldn’t handle yet or don’t deserve. And she has the exact same insecurities as me. But she’s made it that far and is doing great at it. Humanness and all.

Turns out I can do those things, too.

But there are a lot of people who have started with huge disadvantages and still achieved their dreams against all odds.

One of my heroes as a baseball fan, Mariano Rivera, grew up in a poor Panama town using a cardboard milk carton as baseball glove and a tree branch as a bat. He accepted early on that he was born to catch sardines on a commercial fishing boat. Despite a deck stacked against him–poverty, discouragements, injuries, and broken dreams, he ended up achieving such wild success in baseball that he is now widely considered the greatest closing pitcher of all time.

And it’s never too late to start! Ray Kroc was a milkshake device salesman until he bought McDonald’s as a 52-year-old. Vera Wang didn’t start her designing career until she was 40. Colonel Sanders bounced from job to job until he finally founded KFC at age 62. And Harrison Ford was so disappointed in his weak attempts at becoming a Hollywood star that he became a carpenter instead to support his family–until he became Han Solo.

You can do it–just the way you are! You’re a person. If someone else can do person things, so can you.

I’ve experienced this time and time again in my own life. It’s encouraging to look back…

I took my little brother running one night that I’ll always remember. “I promise,” I told him, “if you just don’t stop, no matter how tired you feel, once we’ve made it about 2 miles you’ll feel so much better!” And it was true. A block in, he could hardly put one foot in front of the other. But he kept going and finally hit his stride. I have found that almost anyone can be a runner. And most of the people who “can’t” really can. They’ve just already given up. 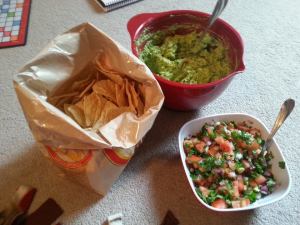 When I started my first job as a 19-year-old, I was absolutely terrified and clueless. I crawled into bed in tears night after night feeling like I was weird and awkward and would never fit in, never make it. But then I did. Before long I was getting promotion after promotion and found myself running my own store. And fixing up a mean batch of guacamole.

When we got engaged, Lyssi and I had this crazy dream–what if we went and got married in Italy? But we put the thought away. We’re not THOSE people! We can’t do that! Then one day we started trying–just for kicks. A few months later we were exchanging vows together at the Villa del Balbianello, living our dream. Turns out, we ARE those people! 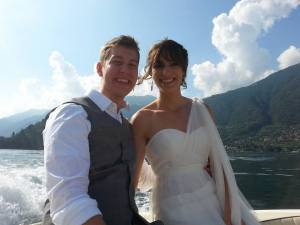 Another big one that I think about a lot is the lifestyle my wife and I have embraced–full of exploring and adventuring, taking planes, trains, and automobiles everywhere we can to experience a world full of beauty together. I always hear people envying those people that have the time and the money to explore and travel all the time. Well I’ll let you in on a little secret. We don’t have more time and money to travel with than the next person. In fact, for a long, long time we dreamed and dreamed that one day we’d be able to go on those adventures–like “those” people. And then finally we decided to stop waiting and figure out how to make it work. Only then did we discover just how much we really could do. (If you want any adventuring tips, let me know. It’s something we’re passionate about!) 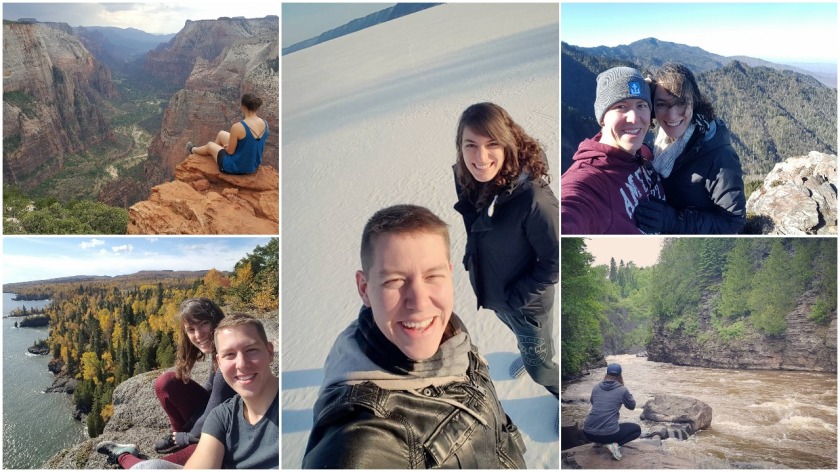 (Fyi, each of the above pictures came from trips there were good adulty reasons not to take.)

Lately I find myself daydreaming about the next big thing I’m going to discover I can do. Maybe perform piano. Maybe take writing to the next level. I could go back and finish my degree. Pursue another big promotion. Or what the heck, maybe I’ll go back and try baseball again.

If there’s something you want, don’t be afraid. Go for it. Embrace it. Know that it could be you. Know that the people already doing it are just like you.

What’s next for you?

“All our dreams can come true–if we have the courage to pursue them.” – Walt Disney

I have a passion for helping others do and feel better, and that is why I write. I believe that sharing our experiences and discoveries in life is the best way to make a difference. After all, we're all in this together. (My opinions and endorsements are my own and do not represent my employer.) View all posts by Peter Elbridge